SAN BRUNO, Calif. – The Boys Varsity Basketball team beat South San Francisco High School in the 1st Round of CCS on Tuesday night. The Mustangs trailed South San Francisco throughout the game up until Lucas Magni hit a three pointer late in the 4th quarter to tie the score 55-55.

With the clock running out, SSF attempted a three pointer that rattled out and was pulled down for the defensive rebound by Raynaz Obregon-Halim.

As the Mustangs took a fast break back down on offense, a loose ball was turned when Daniel Defoe dove to the floor to recover the ball and call timeout with 1:54 left in the game.

Right out of the timeout Ryan Chapman drained a three pointer, giving the Mustangs a 58-55 lead.

With Brian Grealish’s tremendous defensive effort, pulling down three defensive rebounds within the final 40 seconds of the game, Capuchino was able to grab a 1st Round victory over SSF.

The Mustangs will go on to play Monterey HS on Thursday, February 25 for Round 2 of CCS. The game will be held at Monterey High School, tip-off is scheduled for 7PM.

Click the link below for more information on directions, admission prices and brackets: 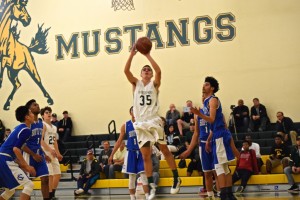 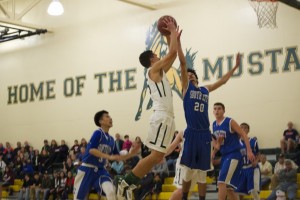 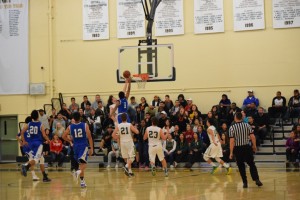 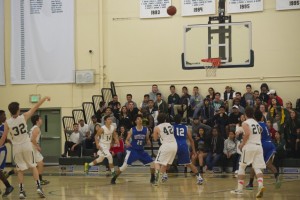